There may be no training nets for them to attend right now but England captains Joe Root and Heather Knight are still following personalised programmes even though no one knows when they will play cricket again.

There may be no training nets for them to attend right now but England captains Joe Root and Heather Knight are still following personalised programmes even though no one knows when they will play cricket again.

Last week the England and Wales Cricket Board announced a seven-week delay to the start of the 2020 season. The County Championship, which comprises four-day first-class matches, was due to start on April 12.

And although England’s Test series at home to the West Indies is not meant to commence until June 4 this may not begin on time either now with the ECB saying on Tuesday there “is uncertainty surrounding when, or if, the domestic and international summer will start”. But each of England’s centrally contracted men’s and women’s players have been given an individualised training programme.

Test skipper Root, recently returned from a tour of Sri Lanka that was abandoned during a warm-up match, said: “While it has been good to get some downtime after our return from Sri Lanka, keeping my fitness up is really important so I can be at the top of my game when we get back on the field.

“I’m an active person anyway, with my young son keeping me busy, but having a structured plan will help me improve in certain areas,” the star batsman added. “We’d obviously much rather be playing cricket right now, but this gives us an opportunity to recover from a demanding past 12 months and get our bodies in good shape for when matches resume.”

Meanwhile Knight, who hopes to lead her team against India this season, said: “It’s obviously not ideal but it’s a great way of trying to stay in shape and keep ticking over. This is a new challenge – we’ll all just be doing what we can to maintain our levels and hopefully be as ready as we can when we get back playing, whenever that comes.”

Rob Ahmun, ECB’s national lead coach for strength and conditioning, said the board had provided centrally contracted men’s and women’s players with a ‘home training’ package, including ropes, resistance bands, medicine ball and a kettle ball.

“If the season does come about and we know we have, say, a six week build-up to the season we’ve ensured the players aren’t starting for a training base of zero, they’re starting from a decent base so they can hit the ground running,” he said. 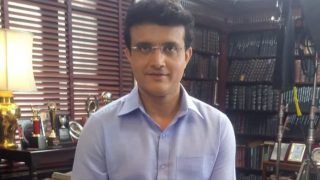 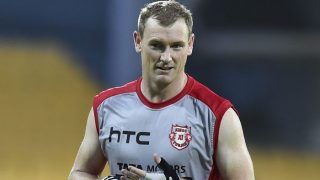