Joe Root has scored 10 hundreds in the last 18 months in comparison to Smith and Kohli, who have scored 1 and 0 tons respectively since 2021.

New Delhi: Former England skipper Joe Root continued his blistering run and scored his second ton against New Zealand in the ongoing Test series. Root’s hundred came off just 115 balls, which is also his fastest in Test cricket. The century, which was Root’s 27th, also took him on par with Virat Kohli and Steve Smith as the player with the most centuries in the format among active cricketers. Root had earlier scored 115 in the second innings of the first Test to give England a brilliant win at Lord’s.

Notably, Root has been scoring centuries for fun in the last year and a half which has put him in front of Virat Kohli and Steve Smith, both of whom are struggling for runs. Virat Kohli has not scored a hundred since 2019 while Smith’s last century came in January 2021. Root, in the meanwhile, has scored 10 centuries in the last 18 months.

Kohli had 27 Test hundreds to his name at the start of 2021 while Smith was on 26. New Zealand skipper Kane Williamson was on 24 while Root was way behind at 17 centuries. However, the England stalwart hit a purple patch and raced his way to sit on par with Kohli and Smith, leapfrogging Williamson, who has not played a lot of Test cricket due to injuries.

Root recently became the second England player after Alastair Cook to breach the 10,000-run mark in Test cricket. Many experts are predicting that Root can go on to break Sachin Tendulkar’s record of most runs in the format. Tendulkar has 15,921 in 200 Tests to his name. 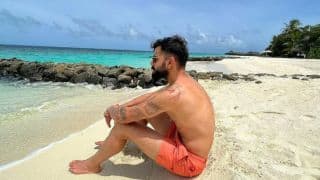 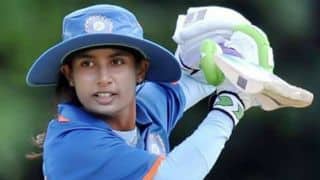