England cricketer Joe Root is reportedly set to get the nod by selectors as captain Alastair Cook's opening partner ahead of Nick Compton for this summer's Ashes battle. 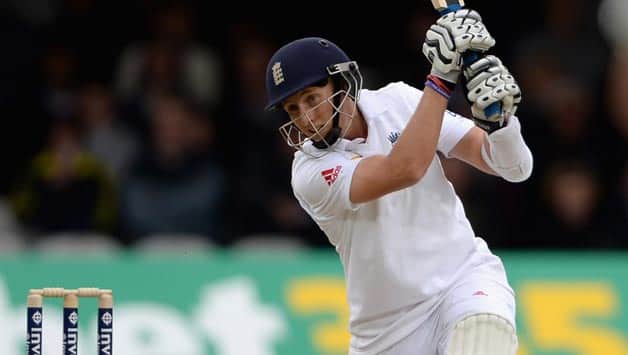 Joe Root plays as an opener for Yorkshire © Getty Images

England cricketer Joe Root is reportedly set to get the nod by selectors as captain Alastair Cook’s opening partner ahead of Nick Compton for this summer’s Ashes battle.

According to the Daily Express, although the decision of who will open with Cook to face Australia’s strong pace attack is the most critical one facing the selectors, Root is expected to fill the role instead of Compton, who replaced former captain Andrew Strauss at the top of the order last winter in India.

According to the report, despite his youth, Root’s maturity at the crease batting in the middle order during England’s past six Tests has impressed the selectors, given the fact that he scored a century in the final Test against New Zealand at Leeds and is an opening batsman for Yorkshire. To send Root out to face the new ball would be a selection of supreme confidence by England, the report further said.

However, the report said that Root’s promotion might also be interpreted as a red rag to the Australians as he was involved in the nightclub fracas with Australian batsman David Warner in Birmingham two weeks ago, an incident for which he was cleared of blame.

The report also said that Root’s promotion up the order will open the way for Jonny Bairstow to keep his place in the side despite the expected return of Kevin Pietersen, adding that the selectors have flagged up Bairstow’s involvement in the Ashes by leaving him out of next week’s T20 matches against New Zealand. Nick Compton came into the England side in India last winter, the report added.