England captain Joe Root has signed a new long-term three-year contract with Yorkshire that will keep him at the county club till 2022.

England captain Joe Root has signed a new long-term three-year contract with Yorkshire that will keep him at the county club till 2022. Root already had a deal running through 2019 but the two parties agreed for an early renewal.

Root is a product of the Yorkshire academy, having made his debut for the county in 2009. He scored 66 on debut which is also his jersey number. He finished his first first-class season with 1,013 runs.

The 27-year-old is regarded as one of the best batsmen of his generation alongside Virat Kohli (India), Steve Smith (Australia) and Kane Williamson (New Zealand).

I love playing for Yorkshire, Root told club’s official website. It s my county. It s where I ve grown up and what I know. It s the White Rose and what it s about. For me, I don t really see myself playing anywhere else. I m passionate about us as a county being successful. If I ve got any opportunity to try and add to that and be a part of something, that s really exciting for me.

International commitments have kept Root busy but he’s eager to represent Yorkshire whenever the opportunity arises.

At times it feels a little bit frustrating because you want to play more, but ultimately you have got to focus on playing for your country, which is quite a big commitment now especially given the amount of international cricket there is. That makes it very difficult to come and play for Yorkshire, but that little bit more special when you do get the opportunity to. It really counts, it s your one opportunity, or two or three games, to contribute to the team or try and achieve something special. That s the way I ll continue to look at it, to try and contribute towards something special for the rest of the group, he said. 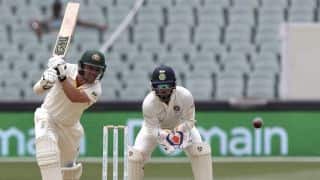