England batsman Joe Root on Saturday urged his side to maintain their good performance against India, after the tourists registered a nine-run win at Rajkot in the first One-Day International. 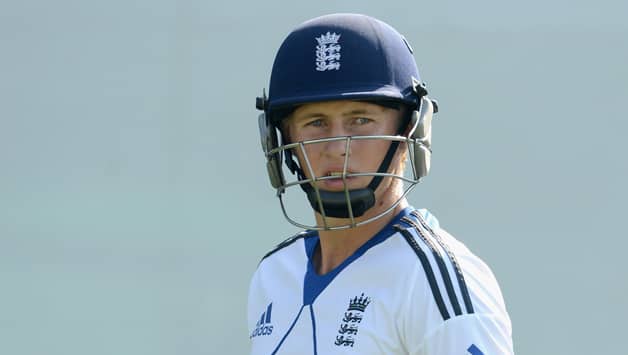 England batsman Joe Root on Saturday urged his side to maintain their good performance against India, after the tourists registered a nine-run win at Rajkot in the first One-Day International.

England’s win was special for the fans and the team as it was their first win on Indian soil in 13 years in the 50-over format.

“We all know how tough it is out here and there is still a long way to go in the series.  We are all up for it and ready to go for the second match (in Kochi on Tuesday),” Root told Sky Sports News.

He added, “We are only concentrating on the next game and making sure we put in a good performance like we did in the first ODI. If we do that then we will be up there.”

Root, who made his ODI debut for England in the match was not required to bat as the tourists produced a strong batting show to put up 325 for four from 50 overs on the board.

However, the Yorkshireman got a chance to bowl, but gave away 51 runs in nine overs.

“I was told I was going to bat four but the key to success everywhere is being able to adapt and we did that fantastically well yesterday. We’re going to have to continue to do that throughout the tour if we are to be successful. I’m happy to play and be a part of it all so I’m not worried at all,” he concluded.

The second ODI of the series will be played at the Nehru Stadium in Kochi on January 15.