Joel Paris ruled out of IPL 2016, blow to Delhi Daredevils

Joel Paris ruled out of IPL 2016, blow to Delhi Daredevils
By CricketCountry Staff

Australian young gun Joel Paris is been ruled out of IPL 2016 due to injury. The 23 year old fast bowler has been withdrawn by Perth Scorchers due to sustaining shin-stress reaction in Round 9 of the Sheffield Shield. Delhi Daredevils suffer a big blow in the form of Joel Paris. They bought him in the auction for Rs, 30 lakh. The under-19 sensation s unavailability will be a blow for Delhi Daredevils. Though, he was less likely to be a regular member for the Playing XI, his absence will get the niche off the bench strength in case of any injuries or poor performance from other players. ALSO READ: IPL 2016: Shreyas Iyer believes IPL can propel players for reckoning in India team

Delhi Daredevils might just be the surprise package of this year s IPL as they are mentored by Indian batting legend Rahul Dravid. He has worked wonders for every team he has touched post retirement with recent one being India s Under 19 team, taking them to the World Cup final. Delhi Daredevils were also criticized over their choice of players and overspending on player Carlos Brathwaite. They will be excited to have the have the West Indies World Cup final hero who is the talk of the town after his final over stunt, hitting Ben Stokes for four consecutive sixes to win the trophy. 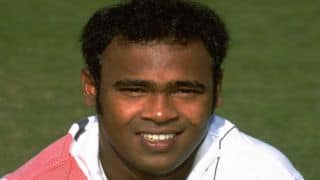