The 23-year-old Barbados-born allrounder is eligible to play for England in March.

Time is running out for Archer to represent England at the World Cup, but the 23-year-old fast bowler has received another endorsement. He is eligible to play for England next month, and after strong praise from Darren Gough the exciting allrounder has been tipped by Hussain as a late bolter.

“I don’t know about someone getting in the XI, but the big unknown is ‘can Jofra Archer break his way into the squad?'” Hussain told Spy Sports News. “Usually before a World Cup I would say ‘don’t make any big changes’. We’ve done that in previous World Cups and it hasn’t worked.

“The night before the first game of the last World Cup, Gary Ballance suddenly bats at No 3 and moves up the order. Don’t change it unless you’re changing it for the better. Jofra Archer is a seriously talented cricketer and I say you are probably changing for the better.

“You’ll have the likes of (Liam) Plunkett and (David) Willey who will be just looking over their shoulder, saying ‘I’d better put in a good performance (against Windies), otherwise I might be missing out on a home World Cup’. That’s only going to be good for the squad if you’re constantly being pushed.”

Archer has been a hot topic of discussion and despite having not played an ODI yet, he has been heavily talked about, with the likes of Ashley Giles and captain Eoin Morgan showing interest regarding his selection for the World Cup.

England play five ODIs against West Indies, then one against Ireland and five versus Pakistan before the World Cup starts on May 30.

Archer, who plays for Sussex, was born in Barbados but has an English father and a British passport. 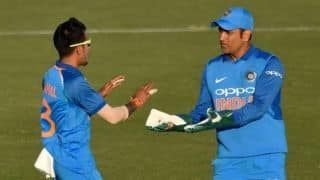 Whenever we need help in bowling, Kuldeep and I always ask Dhoni: Chahal 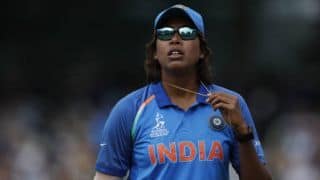