South Africa off-spinner Johan Botha has been called for suspect action while playing for South Australia. Botha will have to undergo biomechanical testing to get himself clear. 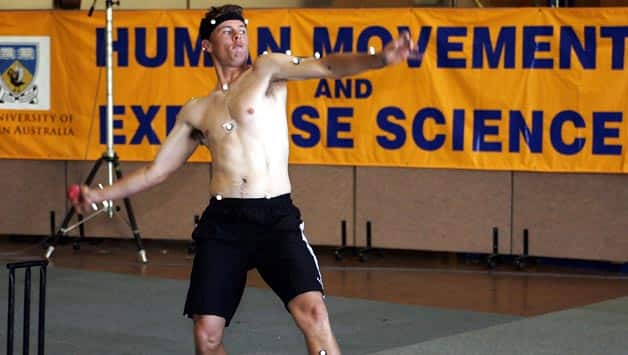 South Africa off-spinner Johan Botha has been called for suspect action while playing for South Australia. Botha will have to undergo biomechanical testing to get himself clear.

However, Botha can continue playing unless his action is proved illegal. Cricket Australia (CA) in its statement didn’t reveal the match which Botha was called for, however a SkySports report states that South Australia played their only match against Victoria.

“Under CA’s Doubtful Bowling Action Procedure, a bowler must undergo testing after a single mention for a suspected illegal bowling action in an interstate season. CA’s policy requires cited bowlers to undergo testing within 14 days of being notified,” CA said in its statement.

“We acknowledge that there is a process to be undertaken and the SACA (South Australia Cricket Association) will support Johan and work with him through this process. Johan will continue to lead our team in this week’s one-day cup fixtures,” said SACA’s director Jamie Cox.

This is the third occasion the South African has come under scrutiny for suspect action. He was first called for after his Test debut against Australia in 2006. He was banned from bowling by the International Cricket Council (ICC) but was cleared later. However, in 2009 he was once again called for during an ODI against Australia at Port Elizabeth.