MS Dhoni and John Abraham have been friends for a long time now.

He is one of the closest friends of the ICC World Cup 2011-winning captain from Bollywood and has often been an influence behind MS Dhoni’s haircuts. The duo also shares the passion for bikes, apart from their love for sports. John Abraham, who has been friends with Dhoni for over a decade, will play himself in the former’s biopic, which is being directed by Neeraj Pandey. In a Mumbai Mirror report, Abraham said, “I’m glad a film is being made on Mahi’s life. I respect the vision of the director and I’m sure Sushant (Singh Rajput) will be fantastic.” Abraham is currently in Budapest, Hungary, filming the sequal of his movie — Force. MS Dhoni’s helicopter shot injures Sushant Singh Rajput

Abraham and Dhoni spent some quality time in January after the former Test skipper announced his retirement from the longest format of the game. They spent time while launching a salon in Bandra, Mumbai and spending time doing photo-shoot. Abraham said, “Mahi is strong and resilient. When a film of mine gets a poor opening, he smiles and tells me that I’ve had a bad year but the next one will be better. He knows how to receive the brickbats with the bouquets. He’s one of the most balanced guys I know.” Revealed! Sakshi Dhoni’s role to be played by Kiara Advani in MS Dhoni’s biopic

A source close to Abraham said, “They’re both crazy about bikes and football and may come together to buy a football franchise in the future.” PHOTO: MS Dhoni or Sushant Singh Rajput? Take a closer look

The biopic ‘MS Dhoni: The Untold Story’ stars actor Sushant Singh Rajput as ‘Captain Cool’. According to Rajput, the primary reason why he accepted the role was because he has been a cricket fan since his childhood. Both Sushant as well as his sister have been national-level cricketers at one point, with the actor giving a serious thought of taking up cricket as a profession at one point. 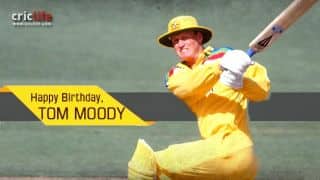 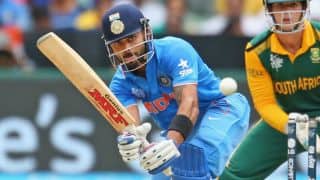