John Hastings illustrious First-Class cricket ends with tally of 239 wickets at 27 off 75 matches. He also had a decent batting average of 22.

The Victorian pacer, John Hastings, has announced retirement from First-Class and ODI cricket. This announcement resulted after the streak of injuries that took a toll on the veteran. Hastings had played just a Test for Australia in 2012. However, he has been an integral part of Australia s limited-overs leg. Now, Hastings will play his trade solely in T20 cricket. The 31-year-old is expected to miss the initial matches of JLT after being struck by a back injury.

Speaking to cricket.com.au, Hastings said, Trying to get back after four shoulder reconstructions, four major ankle operations and a major knee operation has just worn me down. The body is just giving up and every time I try to load back to get back to four-day cricket or one-day cricket, it seems as if something else goes. It was a tough decision, one that wasn’t made lightly, but I’ve decided to give the two longer formats away and focus on T20. I’ve had a tough run with injuries lately but I’ve still thoroughly enjoyed every moment with the Victorian boys over the years.

I also want to thank everyone involved over my Victorian journey who helped me become the cricketer I am today. Everyone has been amazing every step of the way. I’ve still got a bit left in the tank though, and I can’t wait to get back on the park with the Melbourne Stars in the Big Bash.”

Hastings had already intimated his Victorian teammates about his retirement a week ago. Hastings has played 29 ODIs. He was part of Australia s Champions Trophy campaign this year.

He was the second leading wicket-taker in ODIs in 2016. Of the one Test he played for Australia, Hastings ended with the figures of 1 for 153 against South Africa at WACA in 2012.

His illustrious First-Class cricket ends with tally of 239 wickets at 27 off 75 matches. He also had a decent batting average of 22. He was also part of Victoria s Sheffield Shield triumph. 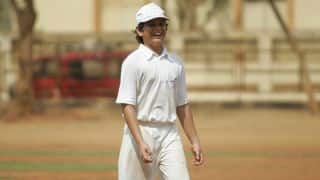 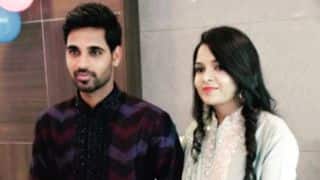 Photo: Bhuvneshwar Kumar gets engaged; shares an emotional message for his fiancée