Trott was making his first-class return following break from cricket due to stress-related illness.

England’s Jonathan Trott could only manage 23 in his first County Championship innings in more than two months for Warwickshire against Nottinghamshire at Edgbaston on Monday.

Trott, making his first-class return following a second break from cricket following the stress-related illness that forced him to return early from England’s 5-0 Ashes series loss in Australia, batted for 47 minutes and faced 31 balls before he was lbw going across his stumps to Andre Adams. Former New Zealand paceman Adams took four for 67 but Warwickshire avoided the follow-on thanks to England all-rounder Chris Woakes (91) and number 10 Chris Wright (65) who put on 108 for the ninth wicket.

Many of Trott’s problems on the field in Australia stemmed from an inability to deal with short-pitched bowling, particularly from left-arm quick Mitchell Johnson. But against another member of Australia’s Ashes-winning attack in Nottinghamshire’s Peter Siddle, Trott was nore secure when tested with the short ball.

He struck the first of his five fours when he pulled a short ball from seam bowler Siddle through square and followed up with two in successive balls in the Australian’s next over, the first cut and the second hooked to fine leg before he was dismissed by Adams. Siddle, speaking of bowling to Trott again, said: “It was nice to get him early. He is one of those blokes that you don’t want to get in and see out there for too long because you know he can go big,” he added. 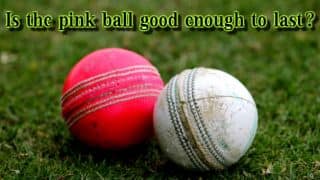 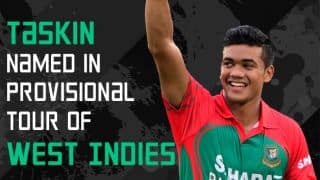