Jonathan Trott and Joe Root helped England gather a lead of 106 at tea on Day Three of the first test at Lord’s on Saturday. 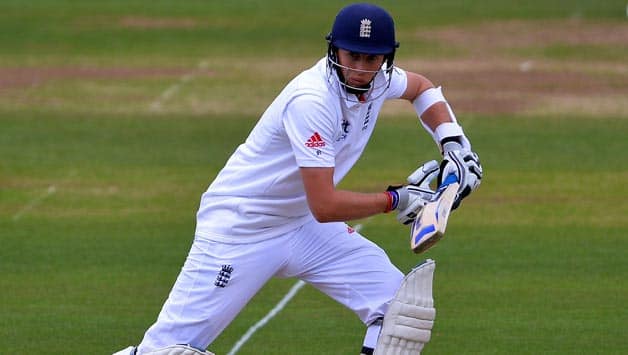 Jonathan Trott and Joe Root helped England gather a lead of 106 at tea on Day Three of the first test against New Zealand at Lord’s on Saturday.

In their second essay, opener Alastair Cook and Nick Compton looked to build on their innings post lunch. However, two blows in successive overs pegged back the home side. The England skipper was the first one to depart after Trent Boult dismissed him for the second time in this Test. Cook unnecessarily chased a wide delivery and got a thick edge to be caught brilliantly by Dean Brownlie.

Compton too departed for 15 after being nicely setup by Neil Wagner. Having bowled a few wide deliveries, Wagner darted one straight on the off stump to see the timber disturbed.

At 36 for two, it seemed like a déjà vu but some sensible batting from England’s Mr. Dependable and an in-form Joe Root saw the home side to a respectable total at Tea.

With their batting crumbling in the first innings, chasing a target beyond 300 under overcast conditions is the last thing New Zealand would prefer to face at.