Rhodes feels cricket needs to learn from rugby team when it comes to providing equal opportunities for youngsters from 'disadvantaged communities'. 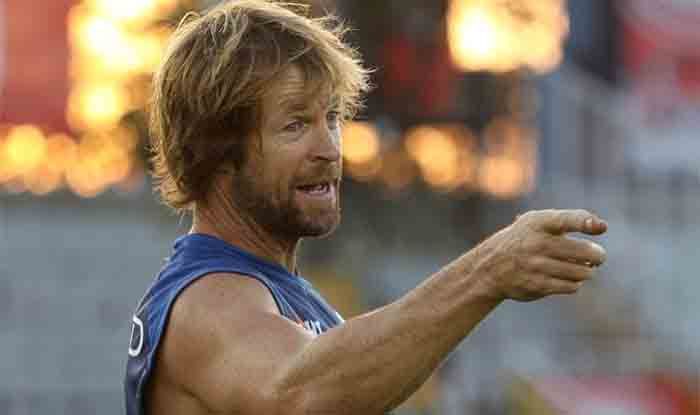 Former South Africa cricketer Jonty Rhodes has finally addressed the elephant in the room as he came out in open to acknowledge the racism and apartheid issues which are still plaguing country’s sporting fabric, particularly in cricket. Rhodes spoke about the white privilege that existed in South Africa cricket, saying he was picked in the national squad despite his average statistics.

“I certainly benefited from the fact that I wasn’t really competing with 50% of the population,” Rhodes said in a recent interaction with The Hindu, Deccan Herald and The New Indian Express in Bengaluru.

“I literally was competing only with the white players. You talk about white privilege and it raises a lot of heat and debate on social media but it is the case. I’m very aware of that. My cricketing statistics as a player were very average when I was selected,” the 50-yea-old said.

The issue of racial representation once again made the headlines during South Africa’s ongoing Test series against England. The Proteas missed their transformation targets for both the first (Centurion) and second Test (Cape Town) matches.

“If I was competing with the rest of the country then possibly I wouldn’t have been picked. And I would not have been diving around the field,” Rhodes added.

Hailed as one of the all-time great fielders the sport has ever seen – Rhodes feels cricket needs to learn from the rugby team when it comes to providing opportunities for youngsters from ‘disadvantaged communities’. He also lent his full support for transformation quotas despite its complexities.

“We in South Africa have a legacy of apartheid,” he said. “How many generations does it take to address that? You still have disadvantaged communities based on race. So they might have political freedom but they don’t have economic freedom.”

Cricket South Africa has been dealing with the problem of transformation targets for long. From Kyle Abbott to Duanne Olivier – CSA lost several talented white players who gave up their dream of donning the coveted South African jersey and signed the lucrative Kolpak contracts in English County cricket.

The process has led to depletion in the pool of talent and experience. And the results in the last few months paint a picture which highlights the bigger problem.

Since the start of 2019, South Africa have lost a home Test series to Sri Lanka, failed to get past the league stage of the ICC Cricket World Cup in England. They also suffered a 3-0 Test whitewash on their tour of India. In the ongoing series against England, they trail 1-2 in the four-Test rubber at home.

“The biggest question for me is why in over 20 years have we not produced opportunities for young players in disadvantaged communities,” he said. “It’s not about racism. It’s about equal opportunity and that’s not happening.

“What rugby has done well is in building their structures, working in disadvantaged areas. Cricket has a lot to learn,” he concluded.