Jos Buttler last played a Test for England in October 2015 against Pakistan in UAE.

Jos Buttler is all set to seize the opportunity to play Test cricket for England once again, after some excellent performances in the limted-overs. He scored a unbeaten 73 off 49 deliveries in the one-off T20I against Sri Lanka in Southampton and is believed to have rediscovered his touch. Buttler has not played Tests since England s tour of UAE, where they played Pakistan. Buttler was dropped ahead of the final Test after a string of poor performances. With Ben Stokes unlikely to be fit for a couple of Tests against Pakistan, Buttler has a chance to regain his No. 7 spot, which will relieve Jonathan Bairstow of his wicketkeeping duties. Full Cricket Scorecard: England vs Pakistan 2016, 1st Test at Lord’s

Buttler believes that his game plan will be to score runs and does not think he will bat out time. “I don’t think I’d be trying to bat time,” he said of his likely Test gameplan. “Having had time out of the game and watching certain players in our team from the sidelines in South Africa and watching on the TV this summer – the way Jonny plays, the way Joe Root plays, the way Ben Stokes plays – they’re always trying to put the pressure on. That’s the way English cricket has gone. It’s about scoring runs. It doesn’t matter how, it’s how many. You take your bat out there to score runs, so try to score them,” Buttler said, according to espncricinfo.com. READ: England coach Trevor Bayliss hints Jos Buttler, Ben Stokes selection for Test series

Trevor Bayliss is trying to inculcate a no fear attitude among the team, something that Butter thinks will help him. He says, “If that’s what the coach is telling you to do, it’s a good start,” he said. “It probably comes down to making peace with what you guys [the media] are going to write and what the public are going to think, and accepting that if you get caught at second slip having a big whoosh, so be it. I’d rather do that than leave one and get bowled. The game’s about scoring runs. What I’ve learned, whatever colour the ball is, is that me trying to hit the ball is going to get the best out of myself.”

Buttler was given a green signal to play the entire season of the Indian Premier League (IPL) after being dropped from the Test team. Buttler says that playing for Mumbai Indians (MI) in the IPL was a fantastic experience.

“I’ve had some time away to think and put cricket into perspective,” he said. “I’ve had some fantastic experiences over the last six months and learned a lot – just by siting there watching. I think the IPL was a fantastic experience. You come back so much more confident from that, brushing shoulders with those kind of guys. A lot more clarity about the mentality it takes to succeed. READ: Jos Buttler is leading England s shorter formats transformation

“When you get dropped and left out, you have a good think,” he added. “Obviously I’ve experienced some great things in the Test team, and you realise why it’s the best form of the game. But when you get dropped you have that hunger to get back in. I haven’t played red-ball cricket for a long time, but I’ve really enjoyed my cricket and enjoyed doing what I’ve been doing. Whatever happens, it doesn’t change your ambition. Whatever colour the ball is, you want to score runs and influence the game.” 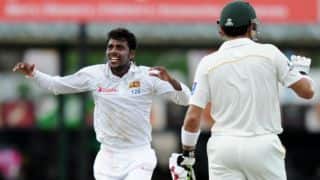