Shane Warne has advised Joe Root to give up England Test captaincy to focus just on his batting.

Australia spin bowling legend Shane Warne has advised Joe Root to give up England Test captaincy to focus just on his batting which might see him becoming the best batsman in the world.

Root, who has led England in 21 Tests, averages 51.04 with the bat which reduces to 46.80 as captain. Morever, just three of his 14 Test hundreds have come as skipper. While players of the likes of Steve Smith and Virat Kohli have blossomed as batsmen after taking over their respective team’s captaincy, Root has found limited success.

Warne believes that handing the captaincy to someone like Jos Buttler would relieve Root from the extra burden. I think Joe Root is England’s best player. But he’ll be disappointed with his conversion rate when it comes to hundreds, he was quoted as saying by Mail Online. He’d love to have more hundreds to be able to be spoken about in the same sentences as Virat Kohli and Steve Smith.

Warne reckons Buttler, who has made a name for his big-hitting abilities in limited-overs cricket, has the acumen to lead a Test team having worked with him during the Indian Premier League (IPL) with the Rajasthan Royals as mentor.

I’ve worked with Jos a bit this year, and I think he’s someone who would make an excellent captain. I really enjoyed working with him, I’d like to think I helped him out a little bit. I really enjoyed his company, and talking the game of cricket with him. He would be a very, very good England captain, Warne said.

Warne, who played 145 Tests for Australia and took 708 wickets – the second most in Test cricket’s history – says England should consider relieving Root and help him become the best batsman in the world

I like Joe Root, he has a good manner about himself. He’s a gentleman. Maybe England could think about their best player having the shackles off, not having the responsibility of captaincy, and give it to someone like Jos Buttler.

Jos could play with his freedom and captain the side, and Joe could just concentrate on his cricket. If he totally 100 per cent concentrates on his cricket, his batting and nothing else, then maybe we might see Joe Root become the best batsman in the world. He’s got the talent to do it. 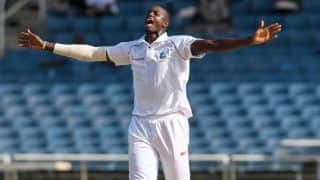