Jos Buttler to open for England in T20I vs Australia

Jos Buttler to open for England in T20I vs Australia

Jos Buttler had found success as opener in this season's IPL.

Jos Buttler will be promoted to open the innings in England‘s lone T20 international against Australia at Edgbaston on Wednesday, the English team management have confirmed. Buttler was one of the stars of this season’s Indian Premier League after being promoted to open and scored a tournament record-equalling 5 successive fifties for the Rajasthan Royals. He has opened once before for England in his 61 T20Is, making an unbeaten 73 off 49 balls — his highest T20I score for England — when Sri Lanka were beaten by 8 wickets at Southampton in 2016.

Buttler has usually been deployed as a middle-order batsman by England. However, having recalled him to the Test side earlier this season, England are now determined to cash in on his recent brilliant form in white-ball cricket.

Buttler was named Man of the Series after England’s 5-0 rout of world champions Australia. His brilliant 110 not out sealed a dramatic 1-wicket win in the fifth ODI at Old Trafford on Sunday. That century crowned a brilliant series where Buttler scored 275 runs in total, including scores of 91 not out and 54 not out, at an extraordinary average of 137.50.

Paul Farbrace, deputising as head coach in place of Trevor Bayliss for this T20I and next month’s 3 T20Is against India, confirmed Buttler’s promotion by telling reporters at Edgbaston on Tuesday: “He will open tomorrow [Wednesday)]. You want to get your best strikers facing as many balls as possible. The form he’s in, the way he’s playing, it makes sense to get him at the top of the order.” 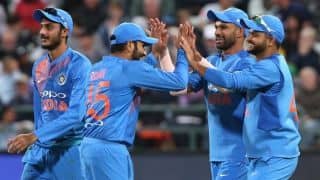 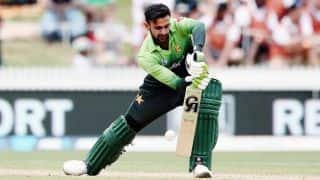