There was a moment from the India-Sri Lanka World Cup 1999 game at Taunton that left Jos Buttler in tears.

Jos Buttler is a household name. Thanks to those effortless towering sixes, England cricket, especially in limited-overs, has only benefitted. Buttler had played a crucial role in Mumbai Indian’s (MI) campaign in Indian Premier League (IPL) 2016. This year, being promoted as an opener, Buttler has made small-yet-significant role in his side finishing at the top of the points table. Due to national duties taking precedence, Buttler will miss out playing in the playoffs. In a recent interview to MI, Buttler revealed one of his earliest ‘fanboy’ moments.

Taunton has happy memories in store for Indian cricket fans. At the very venue in Somerset, Sourav Ganguly and Rahul Dravid launched an onslaught against the defending champions Sri Lanka in the ICC World Cup 1999. The 318-run stand for the second wicket was then the highest ever in ODIs. Ganguly slammed India’s then highest individual score 183 and Dravid stole the show with a classy 145. India posted 373 and notched-up a 157-run win. At that point of time, the win served as a sweet revenge for Indians who were left humiliated at Eden Gardens, Kolkata, in the World Cup 1996 semi-final against the same opposition.

“He stole my pen!” @josbuttler takes us through his fanboy moment and find out who stole his pen! #CricketMeriJaan pic.twitter.com/LVcLz7tRbC

Buttler, then 8, was a Somerset resident and watched the carnage live. “I went to watch India against Sri Lanka at Taunton in a World Cup game, and Ganguly got 183 I think and Dravid got about 150 [145]. Taunton was Somerset my home. Watching these guys play against [Muttiah] Muralitharan and smashing him out of the ground into the river that was probably my earliest fanboy moments of cricket, watching those guys, Buttler recalled. ALSO READ: Jos Buttler is one of the most destructive batsmen in world, says Parthiv Patel

There was a moment in the game that left Buttler in tears. Sri Lankan stalwart Aravinda de Silva was fielding near the boundary when Buttler had gone to him to take his autograph. De Silva obliged but a change in fielding position saw the diminutive Sri Lankan fielder rush to his new spot but he had not returned Buttler’s pen. Poor little Jos went back to his mother crying.

I used to try and get everyone s autographs; You can run around the boundary and get autographs. I remember Aravinda de Silva, I was trying to get his autograph and then something must have happened. He took my pen, he had signed, and then he must have got moved or something, so he ran off. And he ran off with my pen. And I remember running back to my mum crying that Aravinda de Silva had stolen my pen, Buttler added.

The onslaught by the Indians must have surely inspired the eight-year old then. Buttler is one of the most exciting cricketers in the world and with changing times, he is the one now signing numerous autographs and obliging to slefies. 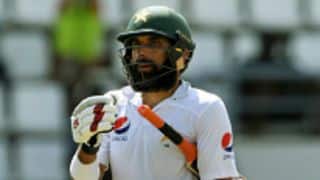 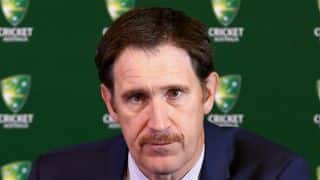