JP Duminy said players are picked in the national squad entirely based on their merit.

When asked about the matter, Duminy told to cricket.com.au, “I don t think it affects the players at all. From a managerial point of view, it can have an impact and makes their job difficult. But from a dressing room point of view, the colour of the skin doesn t matter. When it comes to playing for the national team, we feel that you have been picked on merit for your abilities. There is always going to be politics around various selection issues and it is not just with South Africa. For any team, there will be selection politics. But for us, as players, we don t get involved with that. Our sole job is to play out there on the field and we focus on that.”

The player also revealed his feelings about South Africa’s heart-wrenching exit from ICC Cricket World Cup (CWC) 2015 and ICC World T20 2016. “I don t think any one moment is tougher than the other. Individually, that semi-final loss (in ICC CWC 2015) could have been tougher for some guys. But you end up feeling the same afterwards, either way. For me, at the end of the day, the tournament is over and it is in the past. So it is about picking yourself up and moving on knowing that you have given your best. That is every cricketer’s mantra I think.” 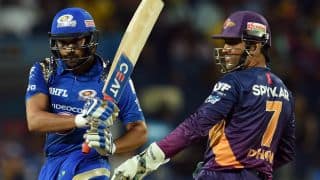