Duminy assisted Jackie while cooking Cordon Bleu Chicken for the series which was showcased over the Proteas versus West Indies series. Having tasted an assortment of cuisines when travelling with the team all around the world, Duminy said, “I’ve always been a chicken lover.”

The middle-order batsman got his hands dirty as he helped with the preparation of a mouth-watering chicken dish.

Jackie then spoke about the cricketer’s delicious chops and marinades which are famous among his fellow team mates.

While plating the dish, Jackie asked Duminy about his off-field activities to which he revealed that he is a struggling artist who plays guitar. 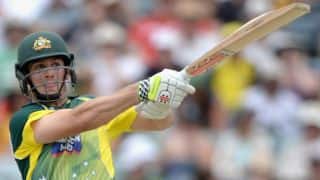