Junaid suffered hamstring injury when he slipped on wet ground during a training.

Pakistan pacer Junaid Khan is not going to be part of the squad which travels to Pakistan for two One-Day Internationals (ODIs).

The Pakistan Cricket Board (PCB) official stated that Junaid will not be going due to hamstring injury and Bilawal Bhatti is likely to replace him.

Junaid suffered hamstring injury when he slipped on wet ground during a training camp at Gaddafi stadium, Lahore. The team leaves for New Zealand on Tuesday.

Pakistan’s Samma TV further reported that Junaid is likely to miss the World Cup also, which is co-hosted by Australia and New Zealand. 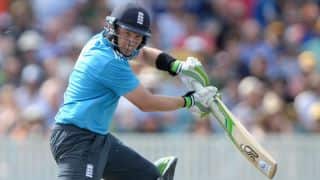