Justice Mukul Mudgal, who has been approached by Delhi and District Cricket Association (DDCA) with regards to on going Ferozshah Kotla row, is working way out to to gain clearance for for the ground to hosts international matches in future. After managing to smoothly conduct the India-South Africa Test in November 2015 under the High Court’s orders, Mudgal expected to enable the Kotla to successfully host the scheduled games for the coming ICC World Twenty20 International (T20I) to begin from March, as reported on Dnaindia. “I have continued to work with the DDCA after the South Africa Test as well. I am trying to ensure that Ferozeshah Kotla has all the clearances in place to ensure they can hold international matches without a hitch in future,” said Mudgal. READ: India vs Sri Lanka 2015-16, 2nd T20I venue shifted to Ranchi from Delhi

“The talks to secure most of the clearances are at a very advanced stage. But I can’t give a final date by which we’ll be able to get all of them. We are dealing with a lot of different civic authorities here and it’s impossible to give a timeline,” he added. The Ferozshah Kotla stadium has lost right to hosts India-Sri Lanka T20I matches starting from February 13 and are fearing if they will be losing rights to hosts ICC World T20I matches including the semi-finals for which the deadline provided is until Sunday evening which is too short to get approval for. When asked if the BCCI’s Sunday deadline was unrealistic for DDCA, Mudgal said, “It is a matter between DDCA and BCCI and they have to sort it out.” READ: Kirti Azad to file writ petition in Delhi High Court demanding time-bound probe into DDCA

DDCA acting President Chetan Chauhan has approached BCCI with a request to extend the deadline after Delhi High Court denied hosting India vs Sri Lanka T20I matches starting from February 13. “We told BCCI officials that we will have all the compliance certificates ready for the World T20 but it will not be possible to get all clearances before February 12,” Chauhan said. 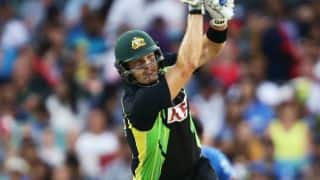