In his quest to make another comeback to the national team, Pakistan's out-of-favour wicketkeeper-batsman, Kamran Akmal is ready to compromise on his batting positing, saying he can even play as an opening batsman. In his quest to make another comeback to the national team, Pakistan’s out-of-favour wicketkeeper-batsman, Kamran Akmal is ready to compromise on his batting positing, saying he can even play as an opening batsman.

Kamran, 31, who has played 53 Tests, 154 One-Day Internationals (ODIs) and 50 T20 matches for his country was dropped after the recent Champions Trophy along with two other senior players, Shoaib Malik and Imran Farhat.

Ironically the national selectors and the national team management decided to give the responsibilities of wicketkeeping to Kamran’s younger brother, Umar who is primarily a middle-order batsman.

“Umar is by nature a specialist attacking batsman.

Whoever has decided and given him the responsibility of keeping as well should be held responsible for whatever happens,” Kamran said.

“I would like to see Umar focus on his batting as he is very talented and I am not sure about giving him additional responsibility of keeping. But let us see what happens now,” Kamran added.

Umar kept in the first two ODIs on the current tour of the West Indies, doing a tidy job behind the stumps besides scoring a half century in the second match.

Kamran said that he didn’t believe his international cricket career was over.

“I am only 31 and I know what I am capable of. I am just more comfortable batting in the opening slot as I like to play the new ball. In the Champions Trophy and before that I had to bat lower down the order as per requirement of the management.

But my personal preference is to open the innings.”

Kamran, who has 11 Test and ODI hundreds to his credit, said he would now open the innings for his bank and regional team in the domestic season.

“I am already opening for National bank in the Ramazan T20 Cup and I am confident that if I can get plenty of runs as an opener than the selectors will think about giving me a comeback chance in the opening slot,” he said.

The senior player who made his debut in 2010 said that he never gave up hope after dropped from the national team.

“I never give up hope as it has happened in the past as well. But this time I want to comeback as an opener as I feel I can give a lot to Pakistan cricket batting up the order,” he said.

Kamran was sent one-down in the only match he got to play in the Champions Trophy in UK where Pakistan lost all three of their group matches.

“Nowadays with two new balls being used in ODIs I feel I have the best chance of scoring runs batting up the order preferably as an opener,” he added. 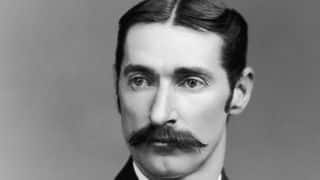