Steve Smith has drawn comparison between himself and Kane Williamson ahead of the series opening first Test. Steve Smith has drawn comparison between himself and Kane Williamson ahead of the series opening first Test between Australia and New Zealand in Perth from Thursday.

Smith, who has been in splendid form since returning to Test cricket earlier this year, says he has a similar bat grip to that of New Zealand captain Williamson. “I think we actually hold the bat reasonably similarly,” Smith said . “He has got quite a closed grip. I like that in Test cricket personally. It just helps playing the ball a bit later and I think [Williamson] plays it a bit later than anybody else in the world … He plays the ball incredibly late, he is patient.”

Williamson averages 49.38 in Test cricket while Smith’s average is an excellent 63.75 despite managing 40 runs in two innings against Pakistan. Continuing his praise for the rival skipper, Smith said,”Terrific work ethic, a good eye and plenty of time. “I think he has loads of time against quick bowling. He is a quality player and hopefully we can keep him quiet this series.”

New Zealand haven’t won a Test series in Australia since 1985 and will begin their bid to change history from in Perth from Thursday, a day-night fixture. The three-match series will have Tests in Melbourne and Sydney as well.

Despite the record, Smith feels the world no. 2 New Zealand are still a dangerous side not to be taken lightly at any cost. “They (New Zealand) kind of sneak under the radar every now and again,” Smith said. “They’ve got some quality players and they play well as a team, so we can’t take them lightly by any stretch of the imagination.Ross Taylor scored some big runs here last time and their bowling attack have been together for a while and have formed a good partnership together.”

There have been reports that the curator has been giving the pitch at Optus Stadium extra water so that it holds together but despite that, cracks are expected to play big role as the Test progresses. “When the cracks come into play, it’s something that plays on your mind. You look down and you see these things. Generally the balls that get you out don’t touch the cracks, they’re just sort of playing in your mind,” Smith said. 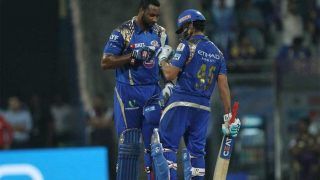 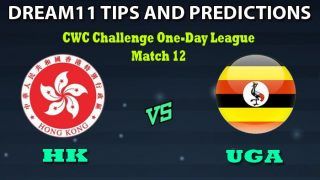