Kane Williamson is currently playing for the Barbados Tridents in the Caribbean Premier League (CPL).

Wellington: New Zealand skipper Kane Williamson, who is one of the leading Test batsmen of his age, believes T20, the shortest format of the game, allows a cricketer to explore his own game. He also hailed skipper Steven Smith and England’s Joe Root who emphasise on strength and not power-hitting skills in the shortest format. Williamson is currently playing for the Barbados Tridents in the Caribbean Premier League (CPL). Speaking in an exclusive interview with ESPNcricinfo, he said, “The T20 game certainly allows you to explore different areas of your own game that you might then bring into your other formats a little. Natural shots like the lap and the reverse sweep – things like that – certainly aren’t the first thing that comes to your mind playing Test cricket, but in other areas just to try and get the ball to different parts of the field. So you’re always working on your game, which T20 always tests,” he added.

Speaking about his own batting adjustments for the T20 format, the Black Caps skipper said that he has tried to make subtle changes in his batting technique rather than going for slogs.”I try to make subtle adaptations rather than trying to slog, because I always go into the net and have a bit of a slog and realise that I’m not any good at it,” he said. The 27-year-old asserted that to be successful in T20 cricket, one needs to stick to his strengths and play accordingly.”But you still want to stick to the strengths that are important to your game – for some guys it’s power, for some guys it’s touch and it’s gaps. Whatever the recipe is for your game, I think it is important you do stick to that and just try and make those adjustments,” he said.

“Someone like Joe Root and Steven Smith – those sorts of guys have been excellent at it. Without being huge power players, they’re still very, very effective in this format,” he added.

When asked about his definition of ‘good innings’, the right-handed batsman said, “A perfect T20 innings, yes, it’s scoring extremely fast and getting a good score and helping your team, but that won’t always happen – it’s high-risk, there’s a lot of failure in this format in particular. So it is being brave, sticking to a team plan, and just trying to help the team out as best you can.” 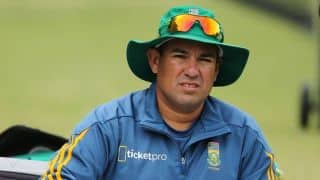 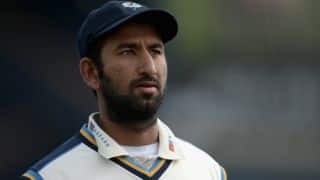