Ross Taylor, Colin Munro, Amelia Kerr and Sophie Devine were among the winners.

Williamson was also named Test player of the year after a season in which he led New Zealand to an unprecedented five successive series wins and to No 2 in the ICC Test rankings, and took home the the Redpath Cup for first-class batting.

Williamson, ranked second in Tests after Virat Kohli, recently became the first New Zealand batsman to score 20 Test hundreds. During the voting period, he scored 801 runs at an average of 89 in Tests.

The men’s ODI player of the year was Ross Taylor, who took the award last year as well, while Colin Munro was named men’s Twenty20 international player of the year for the second year in a row. Taylor scored 759 ODI runs at an average of 84 during the voting period.

The White Ferns teenage sensation Amelia Kerr was named Women s ODI Player of the Year and was awarded the Phyl Blackler Cup for women s domestic bowling, along with the Gillette Venus Cup as the Secondary Schools Female Player of the Year. In 2018, Kerr broke the long-standing record for highest score in women’s ODIs when she made 233* against Denmark.

Sophie Devine was adjudged women’s T2oI player of the year. Trent Boult was the recipient of the Winsor Cup for first-class bowling.

Dodd was a leading figure for Central Districts Women as they lifted the domestic one-day title, scoring a league-leading 652 runs from 11 innings at 108.66 courtesy two hundreds and two fifties. She also won the Ruth Martin Cup for women s domestic batting.

Central Districts’ Tom Bruce was voted Super Smash T20 player of the year after finishing second to Conway with 353 runs at a strike-rate of 157.58, a big factor in the team winning the trophy.

Chris Brown was adjudged New Zealand umpire of the year.

Ewen Chatfield was awarded the Bert Sutcliffe Medal for Outstanding Services to Cricket to cap off his 51st consecutive and final season of club cricket and honour his contribution to cricket. 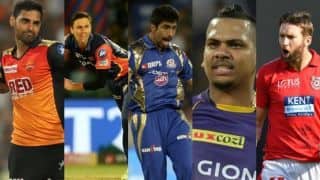 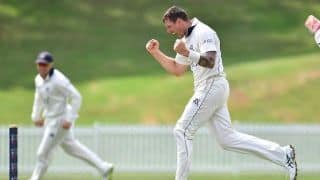