Inzamam-ul-Haq, the former Pakistan captain to spoke about the intensity involved in the matches.

Former Indian captains, Kapil Dev and Sunil Gavaskar during the ‘Salaam Cricket’ summit organised by news channel ‘Aaj Tak’ in Delhi spoke on the intensity involved during an India-Pakistan match. Kapil Dev says that everyone has huge expectation from the team during the match and the only thing they can think of about is a win. “Everyone starts expecting from us, even the boy who delivers tea in the morning. Everyone says one thing: ‘don’t lose.’ Who wants to lose?” he said.

“But then, when you face a 150 kmph ball all you think of is saving your life,” he added.

Gavaskar on the other hand said, “It’s the same. When a person comes for room service he usually asks for extra tickets, but for a Pakistan match the request is always for a win. Having said that, I have never seen friendships as close between Indians and Pakistanis as I have seen for other countries.”

Inzamam-ul-Haq, the former Pakistan captain to spoke about the intensity involved in the matches. “If we lose to India even our family doesn’t speak to us properly, let alone outsiders,” he said.

However, on being asked that if the Indo-Pak games reveals the true character of a player, he calmly said, “No sport can thrive without characters. You cannot imagine tennis without McEnroe or cricket without Miandad. I watch cricket to watch characters, and only characters.” Ricky Ponting: India will be one of the favourites to win the ICC Cricket World Cup 2015 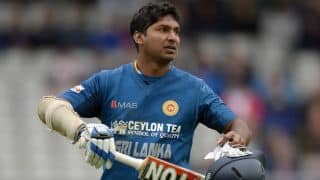