Sandhu had got Greenidge out with an inswinger.

“Gordon Greenidge’s wicket of Balwinder Sandhu. We needed a good start, and Sandhu gave us that start,” said Kapil at an event organised by Aaj Tak-Headlines Today.

India were bowled out for 183 by the mighty West Indies attack. But, in the run-chase, India put pressure on West Indies and won the game. Sandhu’s inswinger was one of the biggest highlights. 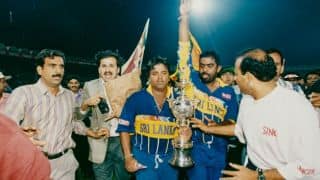 Clive Lloyd: I apologise for the West Indies team leaving; hope the damage is not irreparable