Amitabh Bachchan and Kapil Dev joined each other for a conversation about the ongoing Indian Premier League (IPL) 2018.

“Amitji has been an icon for generations and I admire his discipline, dedication and passion towards his profession till date,” Kapil said in a statement.

Amitabh and Kapil joined each other for a conversation about the ongoing Indian Premier League (IPL). The highlight of the show was the banter between the two followed by the teaser of the song “Badoomba”, sung by Amitabh himself for the film “102 Not Out”.

The show involved both of them quizzing each other about cricket and Bollywood.

Asked about his favourite team in the VIVO IPL, Big B said: “Even though my roots are deeply embedded in Mumbai, I am a son-in-law of Bengal with a son who owns two teams, of which one is from Chennai and another from Jaipur and my daughter- in-law is from Karnataka. This leaves no room for favouritism when it comes to watching the IPL.” 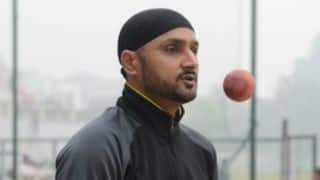 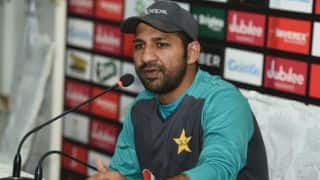