Pakistan Cricket Board on Friday disqualified Karachi City Association Secretary Ejaz Ahmed Farooqi and initiated disciplinary process against him for criticising the PCB and its functioning. 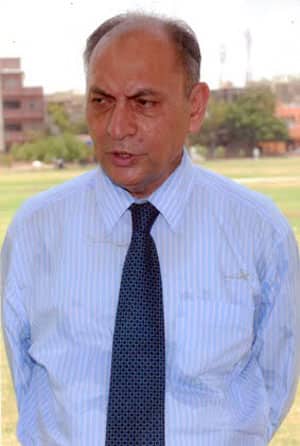 Pakistan Cricket Board on Friday disqualified Karachi City Association Secretary Ejaz Ahmed Farooqi and initiated disciplinary process against him for criticising the PCB and its functioning.

The PCB said in a statement that the disciplinary process had been initiated to investigate the breaches of Conduct of Holders of Office Rules 2004 by Ejaz Ahmed Farooqi, Honorary Secretary KCCA.

“Farooqi had submitted an undertaking he would adhere to the code,” one Board official said.

Farooqi, who is a key official of one of the biggest affiliated associations of the Board, in recent statements had criticised the PCB and its functioning on many occasions.

“Initially he was issued a show cause notice and he never replied to these. The matter was then taken up with President KCCA who was requested to initiate a disciplinary action against his secretary who than denied the charge,” the official said.

The official said the PCB inquiry committee had given Farooqi a fair hearing on June 15 in which he was given full opportunity to defend himself.

“After considering all facts, circumstances and arguments of Farooqi, the Inquiry Officer, under Rule 9 of PCB, Conduct of Holder of Office Rules 2004, recommended to disqualify Farooqi to be a member of KCCA,” the statement said.

The PCB Chairman endorsed the decision and subsequently a letter has been written to KCCA President in this regard on Friday.

Farooqi had criticised the Board and selectors for ignoring wicketkeeper Sarfraz Ahmed and opening batsman Khurrum Manzoor from the Zimbabwe-bound squad saying this was a murder of merit.

Farooqi has the right to appeal to the Governing Board within 30 days of this order.

Cook confident of return to form at Edgbaston