Karun Nair, despite scoring a Test triple ton, hasn't been able to cement his place in the national side.

Sport can be cruel and Karun Nair has experienced it, having reached the zenith and hitting the nadir in a space of 12 months. During December 2016, Karun was the new batting sensation with a Test triple hundred under his belt and by December 2017, he was nowhere in the vicinity of the Indian team in any format. Trying to pick up pieces, Karun is now determined to lead (in absence of injured Vinay Kumar) Karnataka to Vijay Hazare Trophy glory as his side takes on Hyderabad in the quarter-final at the Feroz Shah Kotla tomorrow.

Asked about his life post triple hundred, Karun was at his pragmatic best. “The past one year has shown me everything. It took me to a high and then brought me down to earth,” Nair said.

So, what is the lesson learnt? “It has taught me to stay level-headed emotionally. You can’t fly high when you are on top as you can come down at any moment. You have to remain the same person. It’s shown me everything in my life in just one year,” Nair added.

Nair did not hide the fact that he felt frustrated when he was going through a bad patch. “It was frustrating. I was batting well but not converting the starts I was getting. It started frustrating me and it took some time to come out of it. But then I sat back and thought as to why I had started playing the game. I started looking at it that way. And it has helped me,” said Karun.

Karnataka are expected to face stiff challenge from Ambati Rayudu’s Hyderabad, which also has Mohammed Siraj (who, very recently played a couple of T20 Internationals) in their ranks. But Karun is confident that he will lead the side well in Vinay’s absence.

“I have always enjoyed captaincy whenever I have got an opportunity. Even when Vinay leads the side, I give my inputs. My theory is simple — when I am batting, I am a batsman and not the captain. Once I am fielding, I am the captain. My immediate goal is to win tomorrow’s game. One match at a time,” said the India discard.

Nair lamented that despite Karnataka have had a good season, it is the key moments that has been their undoing. “Throughout the season, we have been doing well but in one off matches, we have lost out on crucial moments. That one moment (fifth day vs Vidarbha) changed the season for us. The problem with Karnataka is that we have set the bar so high in recent years that people expect us to win everything,” he said.

He agreed that the team will miss Vinay but Stuart Binny and Srinath Aravind are back, which is a positive for the team. “We are going to miss one of our main bowlers but all the youngsters are up for it and they are looking forward towards grabbing the opportunity. One performance can take anyone anywhere. But good news is Arvind and Stuart are back but yes, we will certainly miss Vinay,” the stand-in captain said.

Karun, who has scored 199 runs with a century in five games, is more keen to see that Karnataka win the coveted trophy. “I am just looking forwards towards contributing in Karnataka’s victories. If we win most games and if I can perform to my potential, I will be happy. But my team must win, that’s my priority. It’s not just, Oh I will always score runs because that’s not in my control.” 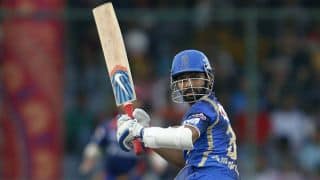 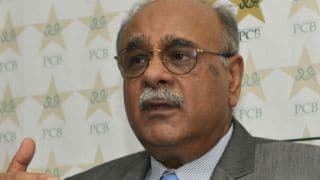