Katherine Brunt has an impressive bowling record in the T20I format.

England women’s cricketer Katherine Brunt completed a half-century of Twenty20 International (T20I) caps for England when she took the field in the third T20I of the Women’s Ashes at Cardiff. Katherine made her debut way back in 2005 against the same opposition and has been a regular feature in the side ever since. She plays primarily as a bowler, but can score a few handy runs. She has also played 10 Tests and 82 One-Day Internationals (ODIs) which is a lot by women’s cricket standards. Australia regain Women Ashes following 20-run win over England in 2nd T20I

She has a good average of 18.34 with the ball in T20Is and an equally impressive strike rate of 22.8. Her ability to take wickets has made her an English mainstay. Her right-arm medium-fast bowling is characterised by accuracy and skill. Aged 30, she will look to continue at the international level for a few more years.

Currently, England women have already lost the Ashes series. Unlike the men’s series where only the Test matches are contested for the Ashes, the Ashes in women’s cricket works on a points system that incorporates points from games across formats. England have been beaten already with the final T20I to go. They also lost the only Test in the series. They have won one T20I while losing the other and will hope to win the T20I leg of the series by winning the final game. 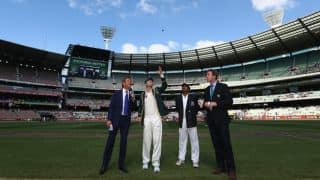