Political uncertainty and security concerns in Kendya ahead of the October 17 presidential election re-run had led to a switch of location.

Nairobi: The World Cricket League (WCL) Championship qualifying match between leaders Netherlands and Kenya has been moved from Nairobi to East London in South Africa due to security concerns in Kenya. Kenya was due to host the sixth round match at the Nairobi Gymkhana club grounds on October 6 and 8, but political uncertainty and security concerns ahead of the October 17 presidential election re-run had led to a switch of location. “The Netherlands Cricket Board seems to have raised the issue with the International Cricket Council (ICC), which have informed us that the game will now be played at the Buffalo Park cricket stadium in East London in South Africa,” Cricket Kenya said in a statement Wednesday.

It is the second WCL Championship match Kenya is being forced to play away from home. The country is currently placed fifth in the standings. “The decision to play the game in the colder climate of East London may not favour our team which is playing the catch-up to finish among the top four in the championship,” Cricket Kenya said. The Netherlands head the eight-team championship with 16 points followed by Papua New Guinea, which are two points behind in second place from 10 matches played.

Scotland are third on 13 points with Hong Kong in fourth with 11. The top four teams will join the lowest ranked four from ICC One Day International (ODI) championships for the 2018 Cricket World Cup qualifiers, which will decide who will play in the 2019 World Cup in England. 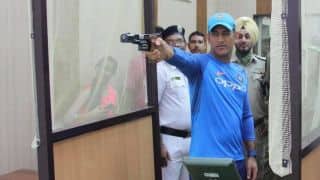