Buttler said that England needs to move ahead without Pietersen.

England wicketkeeper-batsman Jos Buttler has said that sacked batting star Kevin Pietersen has left behind ‘big shoes to fill’ in the team, which is preparing itself for their ‘new era’ against the West Indies, starting this week.

Pietersen’s legacy may yet be seen in the performances of the likes of Buttler who looked to the maverick batsman for help and advice while they were teammates.

According to the Mirror, Buttler admitted trying to tap into Pietersen’s ‘fountain of knowledge’ before he left the international arena, and said that he is aware Pietersen has left behind ‘big shoes to fill’ in the team, implying the batsman’ greatness and calibre.

However, Buttler said that England now needs to move ahead with their rejuvenation without Pietersen, adding that as there are a number of match-winners in the squad, Pietersen’s retirement will be a great opportunity for them to step forward and emulate his success to drive the team’s new era. 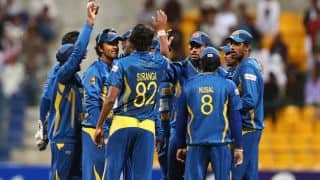