Kevin Pietersen insisted that the less-experienced paceman should replace Dale Steyn for the second Test of the three-match series against Australia .

Johannesburg: Putting his weight behind the horses-for-courses approach, former England batsman Kevin Pietersen insisted that the less-experienced paceman should replace Dale Steyn for the second Test of the three-match series against Australia beginning in Hobart on Saturday. Specifying his stance, the South Africa-origin batsman said that the Proteas should prefer Kyle Abbott over more-experienced Morne Morkel for the crucial match against the Steve Smith-led side. Pietersen, who is currently in Australia as a commentator with Nine’s Wide World of Sports ahead of his Big Bash return with Melbourne Stars, had earlier backed Morkel’s inclusion in the series opener at the WACA Ground in Perth. FULL CRICKET SCORECARD: Australia vs South Africa, 1st Test at Perth

However, the 36-year-old now believes that Abbott s selection would be a much smarter move. Kyle Abbott .I know I talked about Morne Morkel missing out and he shouldn’t have in Perth, but that was (an opinion based on) conditions. I think in Hobart, (with the ball) swinging and seaming, you need an areas kind of bowler. I think Kyle Abbott’s your bowler he pitches it up, gets it to swing a bit, bowls good areas, Pietersen was quoted as saying by cricket.com.au.

He’ll complement that bowling attack really, really nicely, so fingers crossed the selectors go with Abbott, he said when asked about who should join Vernon Philander and Kagiso Rabada in South Africa s pace attack. Morkel, a 71-Test veteran, was considered only “90-95 per cent fit” by stand-in skipper Faf du Plessis before the first Test following a back injury that had sidelined him for two months. He recently bagged two wickets in each of South Africa’s warm-up matches against Australia, one more than Abbott.

In spite of that, Abbott is expected to get the nod ahead of Morkel, who South Africa head coach Russell Domingo suggested remains somewhat under an injury cloud. “We’ve got two options at the moment Kyle Abbott and Morne Morkel. Morne is coming off a back injury. We’ll assess him two days before the Test and make the call on whether he is 100 per cent fit. Kyle Abbott is a consistent, solid performer and has been every time he has come in, Domingo said. 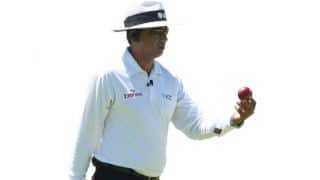 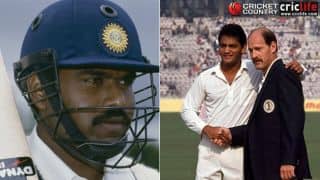