Kevin Pietersen, gearing up for PSL 2018, will represent Quetta Gladiators.

England‘s former skipper and flamboyant batsman, Kevin Pietersen has always managed to hog the limelight irrespective of his presence on or off the cricketing field. The right-hander has made bold statements, with reference to his relations with his former teammates, and remained active on social media platforms. The 37-year-old, ahead of PSL 2018 wherein he will represent Quetta Gladiators, stated that the third edition of the tournament will be his last chapter of his cricketing career.

Countless goodbyes to @jessicalibertyx & my kids as a cricket player & this one this evening is the last one I ll ever have to do. I ve hated every goodbye but also known it s work so just gotten on with it. The journey has been absolutely amazing & for the next 3/4 weeks I ll be a current professional & then it s chapter closed! Had my time & loved it but the endless goodbyes & travel needs to calm down now. Cricket has been the best!

Pietersen’s emotional message is certainly heartening. It is never easy for any sportperson to bid farewell from the sport he, or she, has cherished throughout their career. They prepare hard since time immemorial to make it a vast and gruelling sporting arena. They sacrifice and leave the comforts of their households at a very early age. They continue to do so even after marriage, and hence miss out on family time. We, at CricketCountry, wish Pietersen the best for future endeavours and more quality time with his closed ones.

In other news, Pietersen will gear up to represent Gladiators in the third edition of PSL. They playoffs will be held in Lahore, and the finale will be hosted by Karachi in end March. 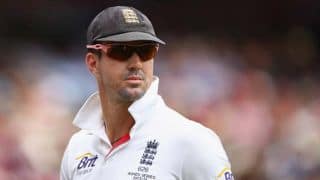 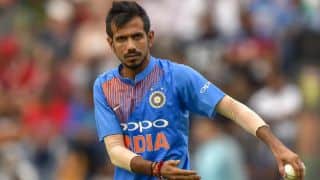