Star England batsman Kevin Pietersen has been ruled out of the ICC Champions Trophy following a repeat MRI scan on his injured right knee on Wednesday. 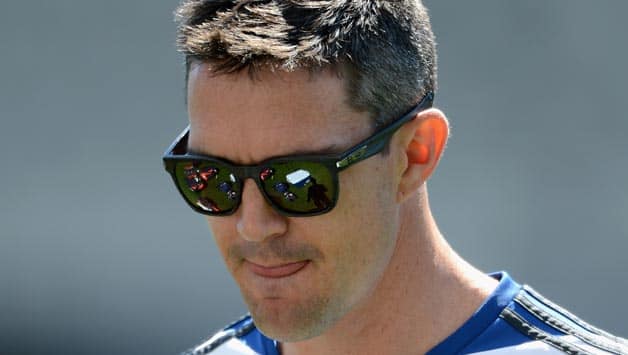 Star England batsman Kevin Pietersen has been ruled out of the ICC Champions Trophy following a repeat MRI scan on his injured right knee on Wednesday.

The scan has shown only some improvement in the bruising to the bone that occurred in the build up to the Test Series against New Zealand in February which saw him miss the final Test match.

The 32-year-old was originally expected to miss six to eight weeks and had already been ruled out of the upcoming two-match home test series with New Zealand.

However Pietersen will not have recovered sufficiently in time for the One Day Series against New Zealand beginning May 31 and the ICC Champions Trophy which follows from June 6 to June 23.

Pietersen will start a graduated rehabilitation program with a view to resuming full training by the middle of June.

England will earnestly hope that he is fully fit by the time they host historic rivals Australia for the Ashes series with the first Test beginning on July 10.

The Surrey right-hander first suffered pain in his knee during a warm-up game in New Zealand before the drawn away test series in March.

The talented batsman was withdrawn from the Twenty20 competition in India due to the injury which consists of bruising on the bone and cartilage damage in the kneecap.

The South African born player only returned to the England fold in October following a controversial spat with ex-England captain Andrew Strauss.

He had been cast into international exile last August after sending text messages to touring South African players criticising then captain Strauss.

Sri Lanka A will tour West Indies in June