Maverick England batsman Kevin Pietersen‘s controversy-riddled international career came to an abrupt end after he was dumped from the team for the upcoming tour of the West Indies and the subsequent ICC World T20 2014 Championships in Bangladesh.

The 33-year-old swashbuckler, who played 104 Tests and 136 One-Day Internationals (ODIs), is set to end as England’s highest run-scorer in all formats of the game after a career spanning nine years.

“Playing cricket for my country has been an honour.

Although I am obviously very sad the incredible journey has come to an end, I’m also hugely proud of what we, as a team, have achieved over the past nine years,” Pietersen said in a joint statement with the England and Wales Cricket Board (ECB) after what was being seen as a forced retirement.

“I feel extremely fortunate to have played at a time of great success for England cricket alongside some of the best cricketers the country has ever produced. I want to thank everyone for their fantastic support and I wish the team the very best of success going forward.

“I believe I have a great deal still to give as a cricketer. I will continue to play but deeply regret that it won’t be for England,” he added.

The dramatic announcement was made by the ECB after a disastrous Ashes series in Australia which the English team lost 0-5. 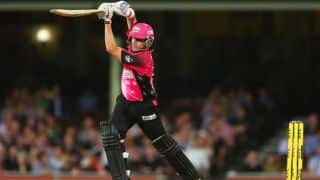 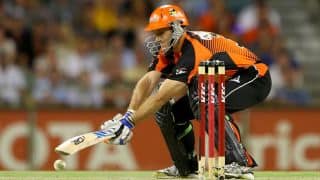