Tremlett said that all Pietersen did was remain honest about what was happening.

England paceman Chris Tremlett has said that from what he saw ”Kevin Pietersen did nothing wrong”, as he is at a loss to explain the sacking of the cricketer from his international career.

Tremlett said that all Pietersen did was remain honest about what was happening, after he was sacked following England’s 5-0 Ashes drubbing in Australia.

According to News.com.au, the pacer said that he is not sure if people want to accept that Pietersen is honest, but he added that they were obviously ”underlining” things that were going on. Tremlett further said that Pietersen’s sacking was a great shame for the world of cricket as he is one of the best players, not just in England, but also around the world.

The England and Wales Cricket Board (ECB) have so far refused to specify why exactly they sacked Pietersen, who is England’s leading all-time run-scorer in all three cricket formats, apart from statements stressing that they need to rebuild the team and are being loyal to Test captain Alastair Cook, the report added. 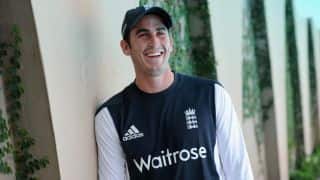