Gooch added it is a great media story to get Kevin back in.

Pietersen, who won 104 Test and 136 one-day caps for England, has been out of the national squad since his central contract was cancelled 13 months ago by the England and Wales Cricket Board (ECB) following the team’s Ashes washout by Australia.

Early in March, incoming ECB chairman Colin Graves had indicated that Pietersen’s return to the national team was possible, stating that the exiled batsman would need to secure a county deal and post some good run tallies to have any chance of returning to the national team.

Commenting on Pietersen’s possible international return, Gooch said that the best thing England could do was to win well in the Windies and all these comments might go away, the BBC reported.

Describing Pietersen as ‘box-office’, Gooch said that ever since the batsman was disposed of by England, Pietersen and his media team have wiped the floor with the ECB, adding that he has won the media PR battle, and is being looked at as the saviour of English cricket.

Gooch added it is a great media story to get Kevin back in, however, insisted that the sacked batsman would be off to the Caribbean Premier League (CPL) mid-summer, if he doesn’t get a call-up. 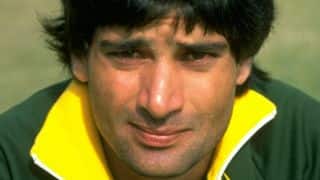