The Supreme Court has approved BCCI s new draft constitution with some modifications which has been widely reported ever since its verdict came in public domain on August 9.

The bench also comprising Justices A M Khanwilkar and D Y Chandrachud pronounced the verdict on finalisation of the draft constitution of the BCCI and directed the CoA to get it implemented within a period of four weeks.

The key takeaways as for the three major recommendations of Lodha Committee go, here is a brief look at them:

b) Maximum of three terms to be allowed for an official serving the board or its representative body.

a) Thirty states as Full members and every state will have only one vote.

b) Railways, Services, Association of Indian Universities, National Cricket Club (Kolkata) and CCI (Mumbai) would not hold voting rights on the basis of ‘principle of territoriality’.

c) Voting rights to be rotated amongst multiple associations representing one state, i.e., between Mumbai, Maharashtra, Vidarbha from Maharashtra and between Gujarat, Baroda, Saurashtra from Gujarat.

a) Full membership for four associations – Mumbai, Vidarbha, Baroda and Saurashtra on the basis of their legacy and historical contribution to the growth of Indian cricket.

b) Railways, Services and Universities will also have full membership rights in view of their contribution to the game and nurturing talent.

c) However, the Cricket Club of India (CCI) based in Mumbai and the National Cricket Club (NCC) based in Kolkata will not have full membership as they do not field their teams in the domestic competition.

a) 3-member panel for Men’s junior and senior levels.

b) 5-member panel for Women’s cricket.

a) Restoration of 5-member panel for Men’s cricket in view of the large geographical area in which cricket is played in the country and constraints regarding travelling schedules of selectors.

The Lodha Committee had recommended a slew of structural reforms in BCCI; the SC delivered its verdict on it and while it does look like the recommendations have been diluted to some extent but on the whole the judgment seems balanced enough to ensure continuity in the functioning of BCCI and its full and associate members. It must be remembered that the BCCI has already laid out a comprehensive schedule for the domestic season for 2018-19 which comprises of a Ranji Trophy with 9 additional participants (teams from the currently excluded states from the Ranji setup).

READ: Teams from Bihar, North-East to participate in 2018-19 Ranji Trophy 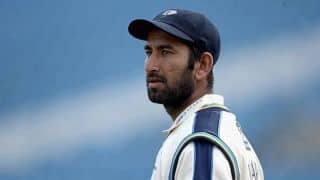