Pakistan batsman Khalid Latif, who has been banned for five-years by an Anti- Corruption Tribunal of the PCB on allegations of fixing.

Karachi: Tainted Pakistan batsman Khalid Latif, who has been banned for five-years by an Anti- Corruption Tribunal of the PCB on allegations of fixing has claimed to have received death threats. “Khalid during third week of June got a call from a private number on his cell phone and the unknown caller told him clearly that if he tried to create a nuisance or resist in the spot-fixing case he would himself buried between the graves of his parents in Karachi,” his lawyer, Badr Alam claimed on Geo Super channel.

Alam, who is representing Latif in the PSL spot-fixing case since February claimed that his client had informed him about the death threat at that time and also about some other messages and requested him (Alam) to keep silent while the spot-fixing hearing was going on before the tribunal. “That is why I didn’t say anything but now that Khalid has been banned and fined for something he didn’t do. I have written to the Federal Investigation Agency (FIA) drawing their attention to the matter as security is needed for my client and his family,” Alam claimed.

The senior lawyer said he had no doubt that the cases of Sharjeel Khan and Khalid Latif were not as simple or black and white as they seemed or were made out to be by the PCB and its anti-corruption officials. “I get this feeling that Khalid and Sharjeel have been given out a clear message by this syndicate that if you don’t listen to us and cooperate with us you can’t remain in the cricket mainstream,” he said. 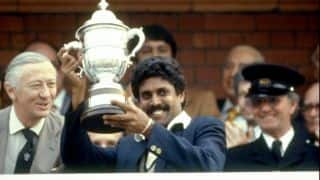 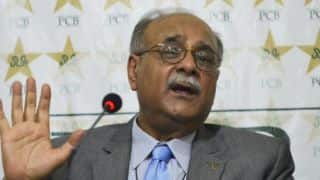