Deepti scored 32 and then took 3/18 as Storm beat Surrey Stars by four runs.

In a thriller, Deepti scored a vital 32 off 26 balls while helping Storm recover from a poor start in their innings, which saw Smriti Mandhana dismissed for a duck, and then bowled her four overs for excellent returns of 3/18.

Deepti’s three wickets – those of opener Dane van Niekerk for 0, Stars captain Natalie Sciver and Marizanne Kapp – helped undo the opposition in their chase of 160. Two wickets to Anya Shrubsole in the final over of the match helped Storm win by four runs to maintain their tag of the best team in the Kia Super League.

After Sciver won the toss and opted to bowl, Storm were hurt upfront by the loss of India opener Mandhana for 0 and skipper Heather Knight for 13. Rachel Priest kept hitting and slammed five sixes and three fours in a frantic 16-ball 44, but her exit and that of Fran Wilson for 27 left Storm at 88/4.

Deepti combined with Sophie Luff (32) to revive the innings, which ended on 159/8 as Storm lost four wickets for six runs in their last ten deliveries. Sciver ended with 3/37 from her four overs.

Chasing 160, Stars lost both openers for 0. Claire Nicholas had Lizelle Lee caught behind in the opening over and Deepti bowled van Niekerk in the fourth.

Sciver (31) and Sarah Taylor (73) put together a partnership of 70 that was snapped in the 13th over when Deepti had the captain caught. From 86/3, a steady flow of wickets undid Stars who ended up four runs short. 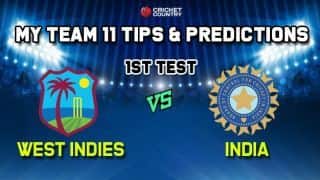