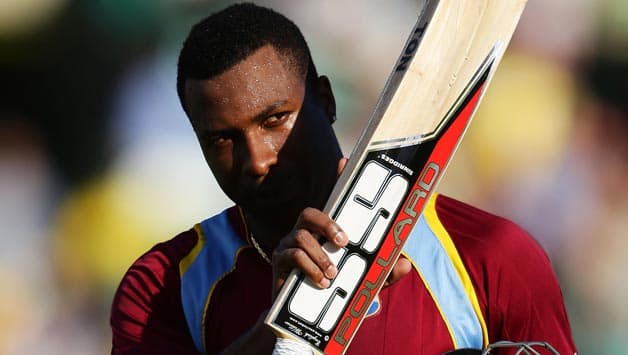 Pollard scored an unbeaten 109 at the Sydney Cricket Ground and followed it up with 45 in the final match at the Melbourne Cricket Ground.

“We saw a more controlled Pollard,” declared Gibson Tuesday. He recently renewed his contract with the West Indies Cricket Board (WICB) for three more years.

“We knew he could hit the ball out of the ground, but he has shown he can bat for long periods and bat through the innings. That’s very encouraging for us and for him as well.”

Despite Pollard’s century, the West Indies lost the match and eventually suffered a humiliating whitewash in the five-match series.

“The hundred was at Number 5 was a truly outstanding innings,” insisted Gibson.

“The higher up you go the more responsibility you have with the bat and that was stressed to him.”

Pollard has built up his reputation as an awesome hitter and a T20 specialist who has plied his trade in the major competitions in the shortest form of the game around the world.

But the Trinidadian has been repeatedly quoted as saying he won’t be satisfied until he gets the chance to prove himself in Test cricket.

His recent performances have prompted commentators to speculate that he could make his test debut when West Indies take on Zimbabwe in the Caribbean this month.

“If he can more regularly bat as he did in the fourth ODI against Australia at the Sydney Cricket Ground on Friday, his promotion to a Test team presently without the injured Marlon Samuels, its major batsman of 2012, and with a dearth of other capable candidates, cannot be far off,” wrote veteran cricket writer Tony Cozier in an article in the Trinidad Express.

“The two Tests against a modest Zimbabwe next month would be as good a chance as any to check his red-ball value.”