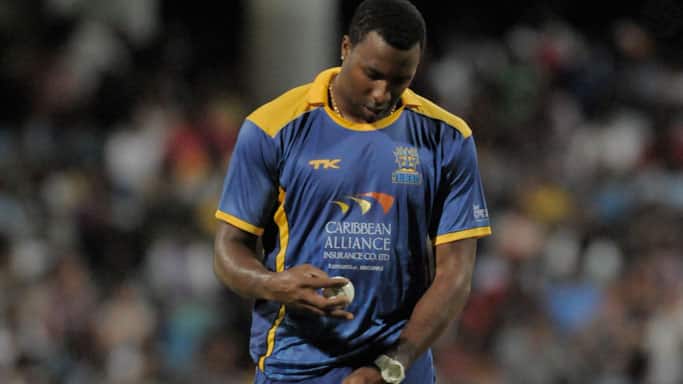 Kieron Pollard is the skipper of Barbados Tridents © Getty Images

Haynes, a cricket legend and head coach of the Barbados Tridents, one of six teams participating in the Caribbean Premier League (CPL), has described Pollard as a mature leader who is calm in tough situations.

“I was one of the men who supported the idea of Pollard being Barbados Tridents captain,” said Haynes.

“I have seen him before during my short stints with the West Indies cricket team and I always thought that this was one guy who understands the game of cricket.”

Pollard was the centre of protest action by two people who picketed the Kensington Oval before the start of the CPL. Also, sections of the Barbados population were clamouring for Dwayne Smith to lead the team as he was Barbadian as opposed to Pollard, a Trinidadian.

“Now that he is captain of the Barbados Tridents and we are working closely together I have gotten even more respect for him. Pollard reminds me a lot of Dhoni,” said the former prolific opener for the regional side.

“I know that it is a big comparison but I know what I am saying. He is a leader on and off the field and is leading by example for his team to follow. His reading of the game and his calmness in tough situations reminds me of Dhoni.”

The Tridents have won all three matches to date and are close to securing a semifinal spot in the tournament.