Kieron Pollard has played 101 ODIs and 56 T20Is for West Indies.

The heat between West Indies Cricket Board and players doesn t seem to end. After Courtney Browne, chairman of selectors made allegations over few players lack of motivation to play of the nation, Kieron Pollard has come out in defense. According to Pollard, the WICB is hell bent on calling the players money-hungry mercenaries and are doing nothing to define future of cricket in the nation.

In an interview to cricbuzz, Pollard said: “These are the ridiculous situations they consistently put players in, then they go to media with the clear attempt to paint us as money hungry mercenaries and (say that we are) not committed to West Indies cricket.”

He further adds, “Now, after only playing two of the 11 West Indies ODI series since 2015 World Cup, suddenly after months of either zero or limited communication about my ODI future, you (selectors) want me to drop everything and play qualifiers.”

He also dwelled about how WICB and players were at loggerheads regarding IPL in 2008. He said: “When we players saw immediately that IPL was going to blow up in 2008, all we asked for one window the play in it and they fought us. Only recently West Indies stopped playing home season internationals during IPL months, while most boards did so long ago.

Now you have eight or nine leagues, it would have been easier for us to compromise if that was done initially with the IPL. That’s the poor vision of the West Indies board in the last decade. 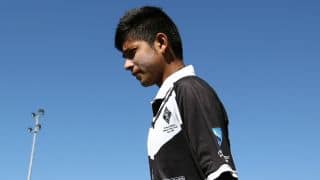