Paul Collingwood was dropped from both the England Twenty20 and one-day squads announced Tuesday for the upcoming fixtures against Sri Lanka. 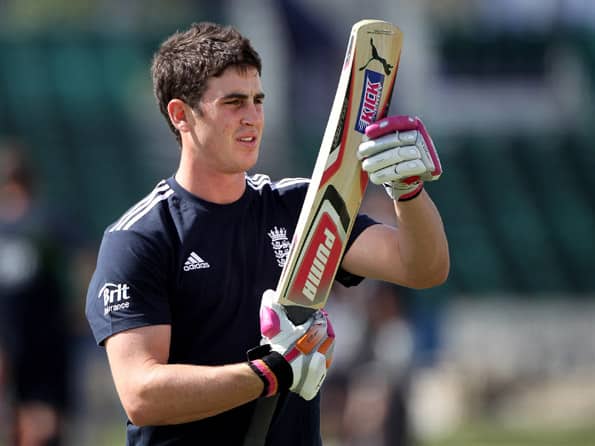 Paul Collingwood was dropped from both the England Twenty20 and one-day squads announced Tuesday for the upcoming fixtures against Sri Lanka.

The veteran all-rounder retired from Test duty after England’s victorious Ashes campaign in Australia but was included in the World Cup squad.

However, upon his return home after England’s 10-wicket quarter-final thrashing by Sri Lanka, Collingwood was stripped of the Twenty20 captaincy — despite leading the side to the World Twenty20 title in the West Indies last year — and replaced as skipper by leadership novice Stuart Broad.

The 35-year-old Collingwood, a former England one-day captain, only recently returned to county action with Durham following a knee injury and England national selector Geoff Miller said: “Paul Collingwood has been an inspirational limited-overs cricketer for England over many years, and we still see a role for him in this capacity based on form and fitness.

“His omission is purely down to form over a period of time,” added Miller, a former England off-spinner.

“He has always brought a great deal to the England team, and we know he’ll be working as hard as ever to reach peak form and fitness — with an England recall firmly in the forefront of his mind.”

Kieswetter replaced Matt Prior, England’s Test gloveman who played at the World Cup.

South Africa-born Kiewswetter, also a hard-hitting batsman, played a key role in England’s World Twenty20 triumph in the Caribbean but then lost form and found himself out of international contention.

But he has recently impressed at county level and Miller said: “Craig has been in exciting form for Somerset so far this year — and while Matt Prior has been outstanding in the Test team, we believe Craig will offer some real firepower with the bat along with his ability with the gloves

Patel, 26, won the last of his 11 ODI caps in November 2008 and has finally accepted calls from the England management to improve his fitness.

His ability as a second spinner will enable England to field another slow bowler in addition to his county colleague Graeme Swann.

Fast-medium bowler Broad is expected to be fit to lead England for the first time at Bristol on Saturday despite bruising a heel during the drawn third Test against Sri Lanka at the Rose Bowl on Monday, a result that gave England the series 1-0.

England Test captain Andrew Strauss has retired from limited overs internationals so the one-day side will be led by Alastair Cook, even though his Test opening partner was not selected in the World Cup squad.

Meanwhile fast bowler Chris Tremlett, England’s man of the Sri Lanka Test series, appears to have been rested ahead of the four Tests against India starting next month.

PCB to stay away from Aamir fiasco