In 2015, a trial court in Delhi dropped all fixing charges against Sreesanth and then BCCI Ombudsman DK Jain reduced Sreesanth's ban to seven years.

Former Mumbai cricketer Ankeet Chavan BCCI has urged with the BCCI to reduce his life-time spot-fixing ban to seven years on similar lines of S Sreesanth.

Chavan was among the three Rajasthan Royals crickets also including Sreesanth and Ajit Chandila who were found of alleged spot-fixing in 2013 and were subsequently handed life-time bans by a BCCI disciplinary committee.

“I am urging to BCCI on similar lines, if Sreesanth’s ban is reconsidered, kindly reconsider mine (my ban) as well,” Chavan told PTI on Thursday.

Chavan said after BCCI ignored his wrote to Mumbai Cricket Association for his ban to be revised to seven years.

“I did not get a response from the BCCI, so I had to write to my parent body, which is the MCA. So I have written on the same lines. I request the association to take my case ahead to the BCCI, so that my ban can be reconsidered,” he said.

In 2015, a trial court in Delhi dropped all fixing charges against Sreesanth and then BCCI Ombudsman DK Jain reduced Sreesanth’s ban to seven years.

Last month it was revealed the Sreesanth has been included in Kerala’s Ranji probables and could make his competitive return should he prove his fitness.

According to PTI, wrote to MCA on June 22 and a senior MCA official also confirmed that the cricket body has received his letter.

However, an MCA source says they cannot interfere into the matter as it is between BCCI and Chavan. 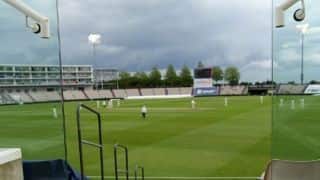 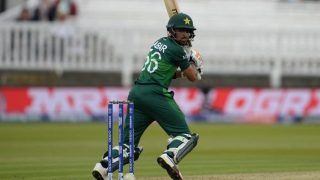 Would be More Happy to be Compared With Pakistan Greats Than Virat Kohli or Any Other Indian Player, Says Babar Azam