Cobras have a quality unit and are coming off a thrilling victory over Barbados Tridents.

Kings XI Punjab face Cape Cobras in their last game of the group phase of the Champions League T20 (CLT20) 2014 at Mohali. It may be a dead game for Punjab as they are through to the next round, but the Cobras have all to play for. They are currently on the third spot in the points table, behind Hobart Hurricanes. They need a victory to have a chance of going through, so that they can put some pressure on Hobart. But, this Punjab side is in rampaging form and stopping them would be a tough task.

Cobras have a quality unit and are coming off a thrilling victory over Barbados Tridents. With Charl Langeveldt in the side, they have a classy fast-bowler for the limited-overs formats. And, with Robin Peterson in their ranks, they have a good all-round option to do the job for them. Vernon Philander is of course their main bowler and brings that additional threat to the table. Justin Kemp also doles out crucial overs and that adds balance to the side. And, now they have found Sybrandt Engelbrecht, who can bowl overs under pressure. Remember, he has come in as a replacement for JP duminy.

As far as the batting goes, Hashim Amla adds the calming influence at the top and Cobras would want him to press the initiative sooner. Richard Levi also has to come good as he can be a serious match-winner for them in the format. Peterson can also smash it around and will be crucial to this line-up. Dane Vilas also adds the extra balance to the side with his batting in the middle. This team has to play to its potential and put in a brilliant performance in this game to make sure they have a chance of going through.

What to say about Punjab? All their departments have contributed to the cause. Virender Sehwag and Manan Vohra came good the other day. With Thisara Perera, David Miller and Glenn Maxwell in the middle, they have a lot of power in the batting. George Bailey is the dependable force and can contribute at any stage in the innings.

Though Punjab have lost Mitchell Johnson, their spinners have done well to use the conditions. Karanveer Singh is a wicket-taker and Akshar Patel maintains pressure with his accurate bowling. Anureet Singh has also shown that he can trouble the batsmen with his accuracy.

There could be a few changes for Punjab as they may want to try a few options ahead of the semi-final. But, why would they want to give up the momentum? Expect them to maintain the same side. 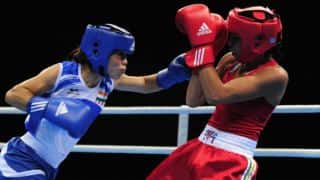