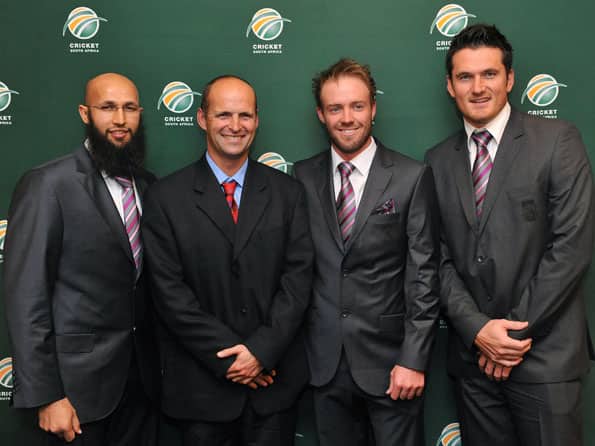 “I am really looking forward to it (dual captaincy). I think is a positive step for South African cricket. They are both experienced, talented cricketers and there is no reason to suggest why it won’t be successful,” the former India coach was quoted as saying in the local media.

“As time wears on, we will work on the relationship and the trust involved,” he added.

Kirsten made significant contribution to Indian cricket during his three-year stint as coach, which included the team’s first World Cup triumph in 28 years and its elevation to top of the Test rankings.

The 43-year-old South African, who has been awarded a two-year contract as Proteas coach, said he was not thinking of the next World Cup yet.

“The next World Cup is still four years away and I have not even started to think about it,” he said.

In fact, Kirsten said that he along with his assistant Russell Domingo and new bowling coach Allan Donald would look to create flexibility in the South African team.

“We first have to create a culture of empowerment in which everybody is encouraged to take difficult decisions, rather than just one or two people. That will ensure freshness and flexibility in the team because ultimately a coach can only do so much and it’s the players that need to achieve when they walk over the boundary rope,” he said.

“It’s great to have Allan back within the team environment and he will bring massive experience and his own success as a coach. He’s told me a number of times how much he’d love to be involved with the South African team and I know he’ll be thrilled,” Kirsten added.