The lawsuits are likely to be filed on Monday or Tuesday.

New Delhi: Livid with allegations of corruption levelled by Kirti Azad, Hockey India is planning to file civil and criminal defamation suits against the suspended BJP MP, saying that his sustained outbursts are costing HI sponsorship. The suits are likely to be filed on Monday or Tuesday, a source in the HI told PTI. “HI officials are peeved with Azad’s continuous allegations against the body. It has tarnished our image and has also created a situation where HI is finding it difficult to get sponsors,” the source said. HI President Narinder Batra also confirmed that legal action is being taken to counter Azad. READ: Kirti Azad, Bishan Singh Bedi ask Delhi High Court to appoint administrator for DDCA financial irregularities

Azad has alleged that there is corruption in HI owing to the influence wielded by former Delhi and Districts Cricket Association President Arun Jaitley. Azad has claimed that there is widespread financial mismanagement in HI, a charge that Batra has already rejected. “HI is compiling all the documents relevant to the case and the legal action will be initiated by Monday or Tuesday,” the HI source said. READ: Hockey India emulates BCCI

Earlier, on January 9, DDCA too had filed defamation suits in Delhi High Court against Delhi Chief Minister Arvind Kejriwal and BJP MP Kirti Azad for allegedly making defamatory remarks against it regarding its functioning and finances. “We [DDCA] have filed civil defamation suits against Delhi Chief Minister Arvind Kejriwal and Kirti Azad seeking Rs 2.5 crore as damages from each of them for their defamatory remarks against us,” DDCA treasurer Ravinder Manchanda had told PTI. Advocate Sangram Patnaik also confirmed that the defamation suits have been filed seeking Rs 2.5 crore damages against both of them. 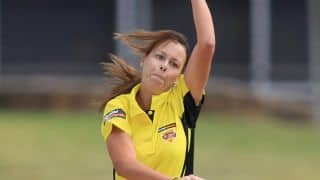